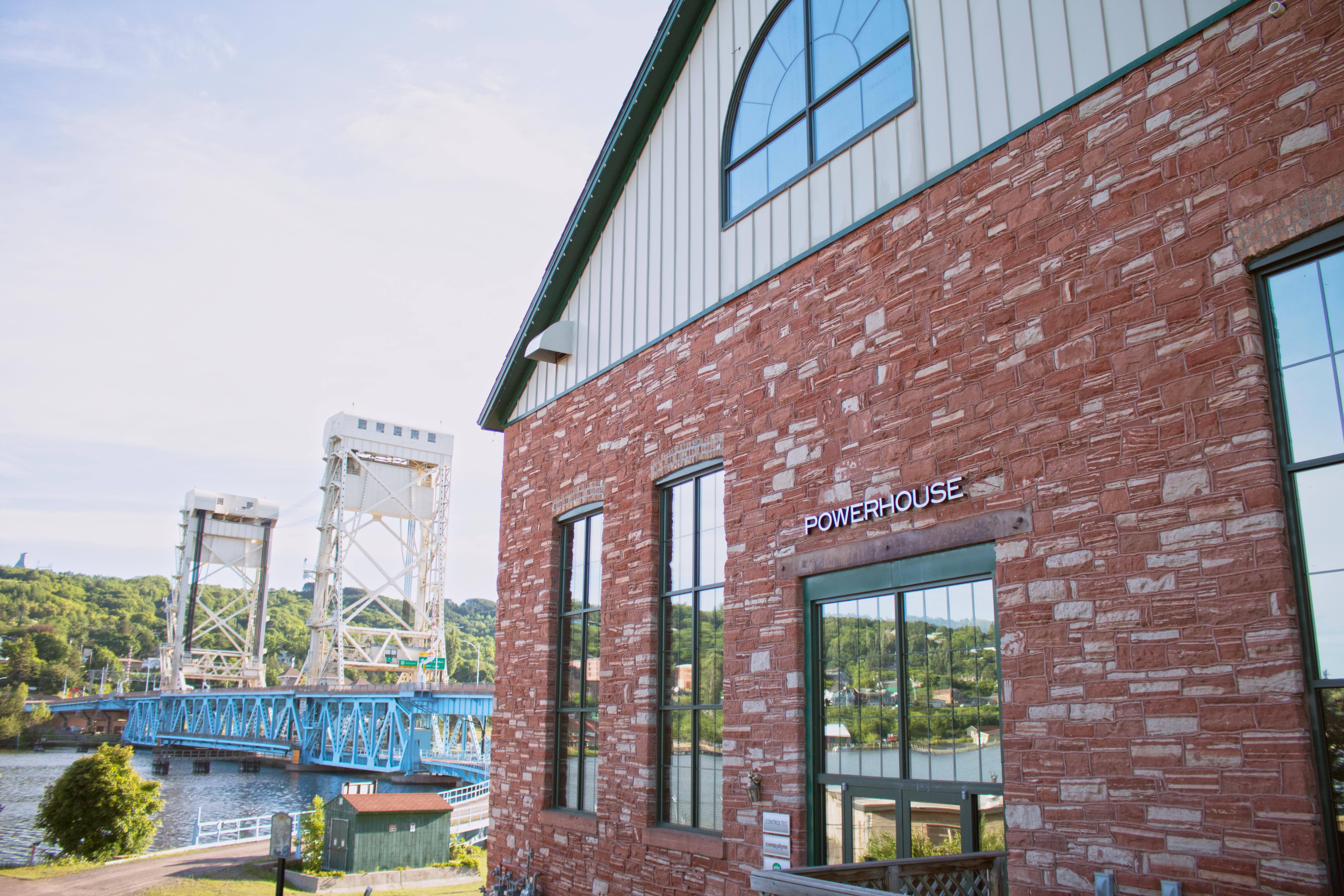 We exist to expand educational opportunity and knowledge pertaining to scientific and technological research and development among public and private entities. Our focus is on commercializing ideas, patents, and other opportunities surrounding corporate, university, or private research institute efforts.

MTEC SmartZone is the leader in entrepreneurship and high-tech business acceleration in the Keweenaw Peninsula of Michigan. We collaboratively work with the cities of Houghton and Hancock, Michigan Technological University, and Finlandia University to provide facilities and resources to help businesses flourish. 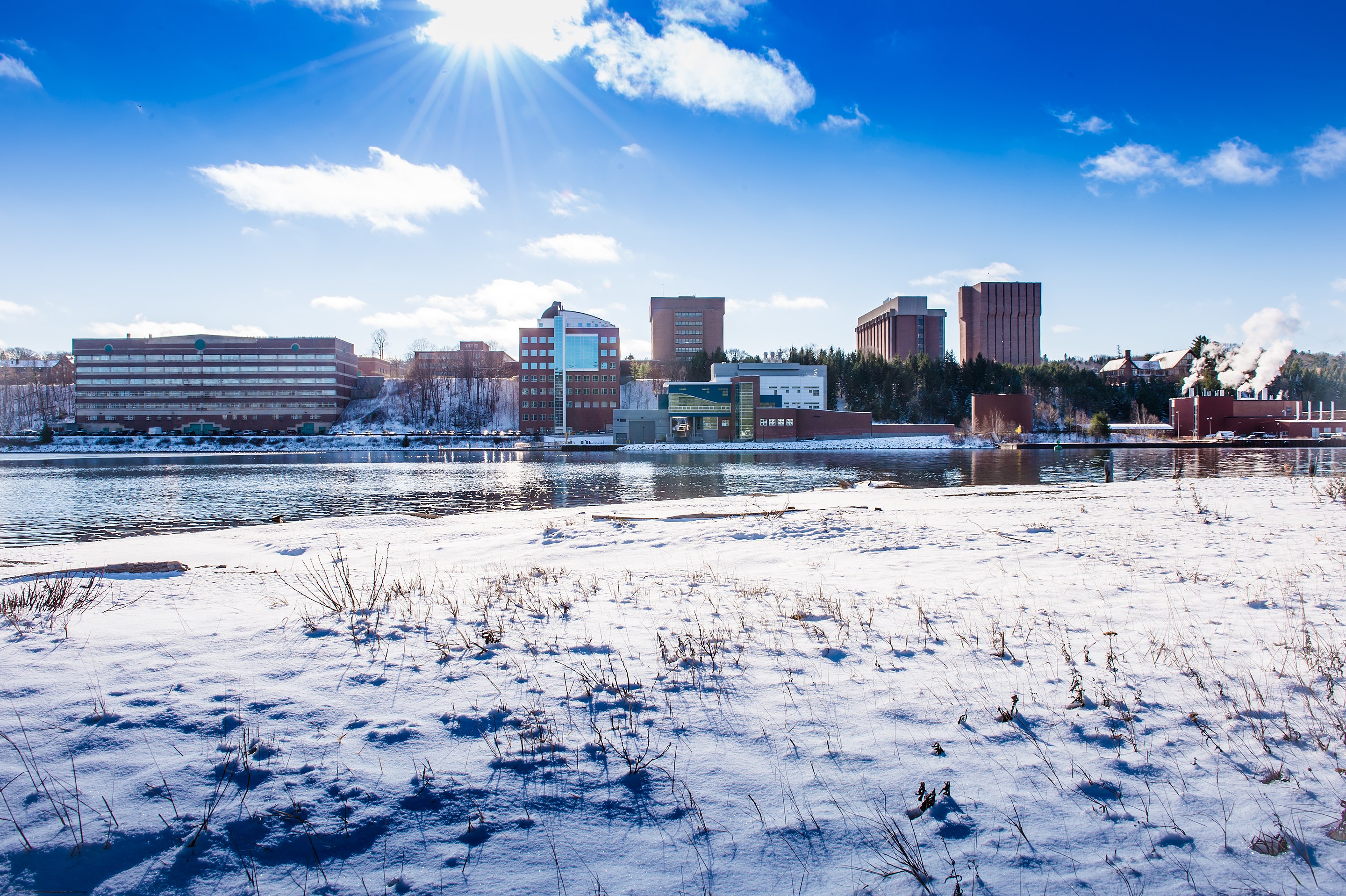 We can’t talk about MTEC SmartZone without mentioning Michigan Tech. Researchers, faculty, students and alumni are creating technology companies and every day students are gaining experience working in those businesses.

Companies that we support have access to development ideas, technical assistance, research and development, and student talent at Michigan Tech.

The mission of MTEC SmartZone is accelerating high-tech business growth to build a prosperous regional economy.

Scott MacInnes
CEO
MacInnes is a well-known and respected member of the Upper Peninsula community who is best known for his role as City Manager of Houghton, which he held from 1997 to 2014. Since his retirement, he has continued supporting the Upper Peninsula through the Michigan Municipal League, helping other city managers with master plans and tax assessment development. He has also held numerous board positions, including serving on the MTEC SmartZone board.
Cheryl LeClaire
Vice President of Operations
Cheryl manages the operation of the MTEC SmartZone including accounting, budget and control, audit, compliance, funding and grant disbursement, and information systems. She is also responsible for procurement, risk management, human resource policy, facilities, auxiliary services, safety and security, and payroll.
Jason Mack
Vice President of Business Development
Jason provides one-on-one mentoring to early and mid-stage startups. He understands how to start, grow and scale new businesses and has relationships in various industries that allow him to provide practical support for MTEC clients.
Patrick Visser
Chief Commercial Officer
Patrick works with our transformational technology clients to help commercialize their disruptive startups. He is also involved in driving SmartZone strategic initiatives. His expertise areas are strategy, ideation and innovation, commercialization, product/business development and capitalization advising.
Kaitlyn Studinger
Office Manager
Kaitlyn keeps things running smoothly up front and behind the scenes at MTEC SmartZone assisting with answering phone calls, organizing office spaces, and ordering supplies. She is the support that allows the organization to run seamlessly and efficiently.

MTEC SmartZone Board of Directors

This MTEC Board of Directors is the governing body of our corporation. The board is made up of representatives from the City of Houghton, City of Hancock, Michigan Technological University, and the Keweenaw Economic Development Corporation (KEDA). This managing board meets on a quarterly basis to review business and affairs of the corporation.

Eric Waara, Chairman
Eric is the City Manager of Houghton. Prior to that, he was a Civil Engineering Project Manager focusing on large municipal projects throughout the Upper Peninsula for more than 20 years. He holds a Bachelor of Science degree from Michigan Tech and is a Registered Professional Engineer. A lifelong resident of the Keweenaw, he and his wife have three children.

Kevin Codere, Co-Chairman
Kevin is President and CEO of Peninsula Copper Industries, Inc., a developer and distributor of copper chemicals. He has been employed by PCI for the past 29 years. He currently serves on the Boards of the Keweenaw Economic Development Alliance, Lake Linden Hubbell Public Schools, and Schoolcraft Township.

David D. Reed, Treasurer
David is VP for Research at Michigan Technological University and a professor in the School of Forest Resources and Environmental Science. He has been a principal investigator and co-investigator on projects involving researchers from Michigan Tech, University of Michigan, and Harvard University, among other institutions. In 2000, he received the Scientific Achievement Award from the International Union of Forest Research Organization.

Mary Babcock
Mary is the City Manager of Hancock Michigan.

Brad Canale
Brad is the Chief Executive Officer of the Northern Michigan University Foundation. He recently served as Executive Director of Advancement and Senior Advisor to the Dean for the University of Michigan College of Engineering. Brad graduated from U-M in 1981.

Joe Dancy
Joe is the Executive Director and Instructor of the Oil and Gas, Natural Resources, and Energy Center at the University of Oklahoma College of Law. He is also an Adjunct Professor of Business and of Energy and Environmental Law at Southern Methodist University. He holds a Bachelor of Science in Metallurgical Engineering and Mineral Processing from Michigan Technological University. He also received an MBA from University of Michigan and a J.D. Law degree from Oklahoma City University. Joe has been the President of LSGI Advisors, Inc. and manager of the LSGI Venture Fund L.P. since 1999. He previously served as the President of AudioInvestor.com Inc.

Paul Dean
Paul is the Vice President of Engineering, Maintenance and Technology Centers for The Dow Chemical Company. Dean has been with the Dow Chemical Company for many years, also holding the positions of VP of Engineering and Technology Centers, Corporate Reliability Director, and more. In addition, Dean has served as a member of the Cisco Global Manufacturing Advisory Board and is a long-term board member for the Michigan Technological University School of Engineering. Dean graduated from Michigan Technological University with a Bachelor’s Degree in Chemical Engineering.

Tom Merz
Tom is a Professor of Economics in the College of Business at Michigan Technological University and currently serves as the Chairman of the City of Houghton Planning Commission. He previously served as Houghton City Mayor from 1996-2006 and the Associate Dean of the School of Business and Economics from 2008-2018.

Fred Molnar
Fred is the Vice President of Entrepreneurship and Innovation at the Michigan Economic Development Corporation (MEDC). Previously, he served as the Biotech Venture Director at the MEDC. He was also the Vice President of North American Sales, Marketing and Service Operations at Sony Biotechnology Inc. and the Chief Commercial Officer at iCyt Mission Technology. He holds a Bachelor of Science degree in Biology from Wayne State University and an MBA from Eastern Michigan University.

Lee Rouse
Lee has a background in Engineering, Organizational Development, Quality Management, and Business Management with over 25 years of experience working in corporate industry and nonprofit consulting. She has worked as an engineer for both General Motors and Dow Chemical Company before starting her own consulting company and later merging with Omni Tech International, Ltd., where she is currently a principal owner and President/CEO. Lee holds a Bachelor of Science degree in Mechanical Engineering from Michigan Technological University and has taken classes towards her MBA from Central Michigan University.

Alan West
Alan was the first CEO of the MTEC SmartZone. A known entity to the Keweenaw, Alan has extensive knowledge in Michigan Tech, the Copper Country, Life Sciences, and commercialization. He is currently the Resident Entrepreneur at Pittsburgh Life Sciences Greenhouse. Previously, Alan served as COO at Carmell Therapeutics Corporation. Alan holds a Bachelor of Science degree in Mechanical Engineering from Brown University and a Master of Science degree in Design Engineering from Tufts University.

Steve Zutter
Steve began his career as an Edward Jones financial advisor in 1984, opening the firm’s first branch office in Hancock, MI. The company has grown robustly, leading him to invite another financial advisor to join him in the community. Today, there are four Edward Jones branches throughout the Copper Country. A 30-year resident of Hancock, Zutter is an active member of the community, serving on multiple boards and holding the presidential position in different organizations.

The Local Development Finance Authority (LDFA) provides funding for MTEC SmartZone. It is chartered to fund the creation and promotion of high-technology activities. The LDFA board has seven members, three members from each community – Houghton, Hancock – and an independent member.

Dan Crane, Chairman
Dan is Regional Account Executive for Upper Peninsula Power Company. He is a member of Houghton Portage Township Schools Board of Education, Hancock Rotary Club, and Chassell Lions Club. A graduate of Michigan Technological University, he and his wife Mary have two daughters.

Robert Backon
Robert has served as Houghton’s Mayor since 2008. He is a former U.S. history and government high school teacher.

Robert Megowen
Robert serves as Mayor Pro-Tem for the City of Houghton. He is an owner/partner of Douglass House Saloon-Armando’s Restaurant and General Manager of Houghton Housing Associates. He is a graduate of Michigan Tech, where he earned a degree in Mechanical Engineering. Mr. Megowen has been a volunteer member of the Houghton Fire Department for over 20 years. He is married and has one child.

Dan Salo
Dan was born and raised in the area and enjoys being involved with the community. Now retired, he was a reservist in the military for about 25 years and worked at Michigan Tech for 25 years. He also has an extensive background in big organization finance and budgeting which he developed through his involvement with unions throughout the state. Salo currently serves as a member of the Houghton City Council.

LDFA meeting agendas, minutes, and other information can be found here: